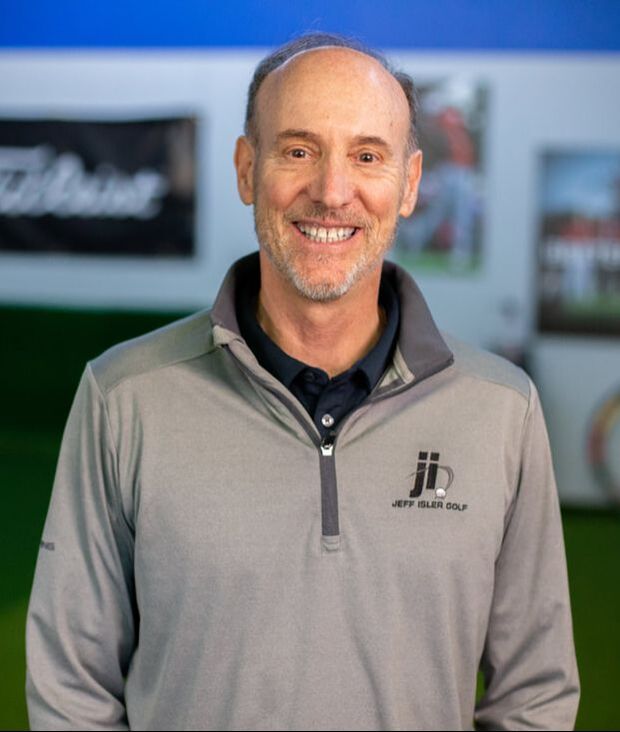 Jeff Isler Golf is the result of Jeff’s efforts to create a comprehensive coaching and developmental process for junior golfers striving to compete at the highest levels.  Now, almost 15 years after it started, Jeff Isler Golf is one of the most successful golf training programs for junior and adult golfers alike.

Jeff, recognized as one of the top coaches in Texas, has more than 20,000 hours of coaching experience and has trained some of the best golfers in the country, including nationally ranked juniors, top college players, and PGA tour professionals. Jeff has been recognized as a Golf Digest Best in State, a Top 25 Elite Junior Coach in the U.S., and has multiple industry certifications.

Jeff writes a monthly junior golf article that is published in Avid Golfer Magazine. Jeff has been the guest of multiple golf industry podcasts including PGA Tour Radio and has been asked to present and provide expertise to other coaches on multiple occasions.

Jeff's vast knowledge of all aspects of the game, effective communicating style, and passion for his students and their success enables him to help players of all ability levels reach their potential.

In addition to full-time coaching, Jeff spends time researching advances in golf coaching and working with other top instructors in the world to ensure that Jeff Isler Golf stays on the forefront of the latest breakthroughs and advancements in the industry.

More recently, Jeff has shifted his focus to the characteristics and strategies that high performers employ to consistently shoot low scores. Through this effort, Jeff has developed several unique approaches to help Academy students compete effectively against the best players in the nation.

Before starting Jeff Isler Golf, Jeff was a successful business executive involved in start-ups and private equity.  Personally, Jeff has been happily married for over 30 years, has two grown children that were both successful competitive golfers, and is actively involved in his local community and church.

Director of Instruction
Kaylin was first introduced to golf by her Dad when she was just three years old.  She grew up running around on putting greens, riding in golf carts, and rolling in sand traps.  When Kaylin was 12, she began playing competitive golf, and instantly was hooked.  Kaylin had a very successful junior golf career with many victories including the Texas Junior Masters and the Fort Worth Girl's Championship. Kaylin played her college golf at Texas Christian University.  Once Kaylin left TCU, she played multiple mini-tours across the country including the Duramed Futures Tour and eventually found her true passion in coaching golf.

Kaylin has coached and developed many outstanding young golfers and enjoys working with adults who are relatively new to the game.

Master Instructor and Director of Fitness
Casey, a North Texas native, has been playing golf for over 20 years and has been an instructor for over five years. His love for the game took him to the University of Nevada Las Vegas, where he played for two years before joining the professional golf management program.

As a TPI Certified Golf Coach, Casey brings a unique perspective to his coaching. He has a thorough understanding of how physical limitations and weaknesses affect movement and impact the golf swing. Whether in the gym or on the lesson tee, Casey can help golfers improve their game and lower their scores.

Casey truly enjoys working with aspiring golfers and takes immense pride in their accomplishments. Casey also enjoys playing competitively and still participates in many events throughout Texas during the year.
​
Casey is also an experienced club fitter and has a thorough understanding of the options offered from the major equipment manufacturers.

Director of the Athletics Academy
As an all-around athlete and a serious competitive junior golfer, Matt is the perfect coach to introduce our youngest students to the game and guide them through the initial stages of development.

Matt began playing golf at a very early age and competed nationally on the AJGA and other junior tours. Matt was also the Captain of his high school golf team that finished 2nd in the state his senior year. Along the way, Matt was fortunate enough to play with and against some of the best junior golfers in the country including Jordan Spieth and several other juniors that had successful college careers and that are now competing professionally.

Matt’s patience, compassion, and high level of energy are the perfect coaching traits to help younger golfers build a solid foundation and love for the game. Thanks to Matt, our Athletics Academy has been nationally recognized and boasts a very loyal following.